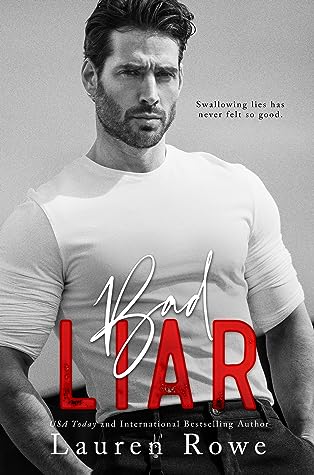 Overall Rating: 5 Stars
Title: The Reed Rivers Trilogy
Format: Audiobooks purchased from AudibleSynopsis:
Swallowing lies has never felt so good.Reed freaking Rivers. I wouldn’t trust a word out of the arrogant music mogul’s mouth if his gold-plated tongue were notarized. The Man with the Midas Touch would say anything to get me into his bed, and I know it. But that doesn’t mean I don’t want him to succeed.
Indeed, the moment I laid eyes on Reed while he was speaking at an on-campus event I’d crashed, my body physically ached to feel his golden fingers—and tongue—all over me. Unfortunately, though, I can’t give into my powerful craving to jump Reed’s cocky bones. Not until I’ve figured out my best strategy with him . . .
The truth is Reed has something I desperately want. Something my heart desires even more than my body craves one night of delicious fun with the yummiest man alive. Reed assumes he’s running this game of seduction. He thinks he’s a thirty-four-year-old big cat on the prowl, and I’m nothing but a blushing twenty-one-year old field mouse with stars in my eyes.
Yeah . . . no.
As Reed is about to find out, he’s not the only cat on the hunt in this game of cat-and-mouse . . . .

I have been waiting for Reed’s book since I read The Morgan Brothers Series years ago.

My expectations were extremely high going into this series, so as excited I was, I was also a little bit worried that Reed would lose his mystique. In the Morgan Brothers books, Reed is such a force. He’s powerful, smart, ruthless, intimidating, and, honestly, pretty mean.

I worried that his character would suddenly turn into an entirely different lovesick character that wasn’t anything like he appeared to be in other novels. This was not the case. Well, not entirely, he did fall hard, but the book did what I hoped: Reed’s character didn’t change, he grew. Or, at least, you got to understand him a bit better. You got to dig a little deeper.

And the ‘how’ of that was pretty brilliant.

You know what else was perfect? Georgina.

She’s not a perfect character – I think she overreacted and was a little immature and frustrating at times, but she was also very young. She acted like someone in her early twenties would, falling into a very big relationship as she did at such a young age – with someone like Reed.

My other worry was that the heroine couldn’t possibly live up to Reed’s super-high standards. Who could bring a man like Reed to his knees?

Georgina is confident and captivating. She knows her power and knows how to wield it. She’s just as talented as Reed is, if in a very different field.

Of course, Lauren nails the chemistry, the banter, and the meet-cute. Haven’t we all had fantasies of making eye contact with someone on stage who notices you out of the hundreds in the crowd? So. Swoony.

Reed remains intimidating throughout the entire book. There were moments, especially in the beginning, where I honestly felt like I was in Georgina’s shoes – so anxious about what Reed was perceiving in all of her actions. How he was going to tear it apart.

It made for such an exciting read.

Like I mentioned before Reed isn’t just the a-hole music producer who doesn’t waste his precious time of those who don’t deserve it. In this book, you also learn about his loyalty, his selflessness, and how fiercely he loves. Not just romantically, which is new for him, but platonically as well.

I think some, when reading this, may think it’s a stretch that someone like read can do all of these amazing things for people and truly not think he doing anything special, but when I tell you I know someone exactly like this – I mean it.

My mother is one of the most selfless, giving people I’ve ever known, but any time you point it out to her, she rolls her eyes and waves you off. She doesn’t see her own goodness past all her perceived faults.

People like my mom and people like Reed truly think nothing of all they have given and are willing to give because they are so focused on the negative aspects of their personalities.

And I love this series.

PS – if you love yourself some good grovel… this book SO gives it to you.

As much as I love the Dream Team of John Lane and Lauren Rowe narrating her books, there could not have been a better substitute than freaking Jacob Morgan and Andi Arndt. Jacob’s freaking voice as Reed’s was SO perfect.

I must re-read all of the Morgan Bros, etc books!

I NEED THE PHYSICAL BOOKS ASAP!

One thought on “The Reed Rivers Trilogy by Lauren Rowe”