The Historical Romance Readathon wrapped up on Sunday and I’m really glad I participated. First of all, it was hosted by some of my BookTube favs: RemarkablyLisa, PeaceLoveBooks, and LaceyBookLovers. They did such a great job hosting.

As I mentioned in my TBR for this challenge, I’m not a big historical romance reader. My sister and my mom are huge HR readers, but for whatever reason – probably because of the book covers to be completely honest – I’ve never gotten into the genre.

However, I’ve been intrigued by a lot of the books thanks to these booktubers. So, I decided to participate.

The books I chose were books that my sister and mom gave to me, as well as one recommended by Lacey.

Overall, this was a successful readathon. I read five books during the week, but I didn’t have any five-star books.

I have certainly read a few five-star historicals, but I just didn’t vibe completely with the books I read during the readathon.

I haven’t given up on the genre, if anything, I’m more motivated to find some that I love, but these were all just ok or pretty good.

Here’s what I read for the Historical Romance Readathon

Bingo Categories: Titled Hero, In a Series, Pub after 2000, Rake, By an Author of Color
Rating: ★★★
I really loved the first book I read by Stacy Reid, My Darling Duke, and I’m not going to give up on this author just yet.

I really enjoyed the premise of this book, which is about a Lady who has been shamed in society because of her mother’s indiscretions and a rakish Duke who is secretly responsible for starting the rumor about her to exact revenge on her brother.

I felt like this had a lot of potential, but I ended up getting a little annoyed with the heroine. The Duke was kind of a jerk to her – very hot and cold – throughout the entire book and she just kept chasing after him. She wasn’t necessarily needy, but I still felt like she needed to hang on to some form of her dignity. I just didn’t see why she was putting up with him.

That really was the only complaint I had against this one, otherwise I enjoyed it. It’s a short book and the length felt just right – nothing dragged on for too long and it didn’t feel rushed either.

This was my first Lisa Kleypas, and it won’t be my last. Lacey LOVES this author, so I looked on Scribd and found this one. It was available and the shortest one I could find – and I also really liked the premise.

It’s about somewhat flighty Daisy whose businessman father is demanding she marry ASAP, otherwise he is making her marry one of his favorite ruthless employees, Matthew. Matthew is very business-savvy and seemingly just like Daisy’s father (which isn’t a good thing), so Daisy has no interest in marrying him. However, people aren’t always what they seem and sometimes chemistry is hard to deny.

I can already tell from this book that I love Lisa Kleypas and I’m going to enjoy other books in this series. I really liked the side characters in this novel, and I can tell that Daisy’s sister likely had a novel before this one that I really want to read because I loved her sister and her sister’s husband.

There were quite a few really entertaining scenes in this and I felt like Daisy and Matthew had great chemistry and banter. I subtracted a star only because the story dragged a bit. I felt like there was a lot of unnecessary drama toward the end that I could’ve done without. 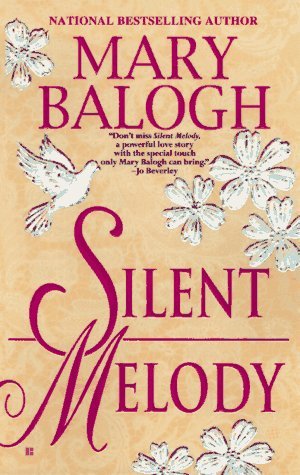 I was most excited for this book out of all of the books I chose for this readathon. My mom really likes this author and I really liked the premise.

It’s about Lady Emily who is mute and deaf, she’s also wild and free and an artist. Growing up she would follow around family friend Lord Ashley until he moved to India. Ashley and Emily had a strong connection, they could read each other really well and had their own way of communicating, so when he left, Emily took quite a blow. Fast forward and Emily is no longer a child, she’s a beautiful Lady in society about to get betrothed and Ashley returns, married and with a child.

This book had so much potential, but it rubbed me the wrong way from the very beginning. I was fine with the relationship Ashley and Emily had when she was a child, until Ashley – a grown man – kisses 13 year old Emily in a very adult way when he leaves. I get that this takes place in a different time period, but it totally skeeved me out. The story would’ve worked just fine without that. Their connection was completely innocent before it happened, and to me, that totally ruined it.

I liked the book well enough, but I could give or take Lord Ashley. I didn’t really like his character.

Lacey recommended this book for the POC MC category, and I thought that the premise sounded promising.

It’s about Lavinia who, under desperate circumstances, proposes to her long-time friendly rival, Parth… and gets rejected. Instead, he offers to find her someone to marry, even though he is harboring some serious feelings for her.

This definitely lived up to my expectations based on the synopsis. There was just the right amount of drama, there was great chemistry between the characters, and I just loved Parth. I’m a big fan of the hero who “loves from a distance” aspect and I totally understood why he initially turned down her offer to marry. I also liked the history these two characters had with each other. 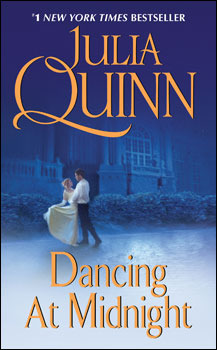 Dancing at Midnight (The Splendid Trilogy #2) by Julia Quinn

This was a bit of a disappointment. I was totally here for the bookish, smart main character and a grumpy wounded war hero thing, but … I just felt like it wasn’t done well. Or, at least, it could’ve been done much better.

I was hoping for more of a brooding hero and more of a witty main character, but both of them fell pretty flat. The entire book kind of felt forced somehow. To be completely honest, I kind of immediately forgot about this one as soon as I finished it.

One thought on “Historical Readathon Wrap Up”