October was an absolutely insane and scary month (and not really in a spooky way.) At some point I’ll make an update all about it, but I first have to gather all of my thoughts.

But, it’s November, and despite a lot of the stress the past couple of months has brought on, I’m still so excited for the holidays. I adore Thanksgiving and even Black Friday. I have plans with a couple of friends to go Black Friday shopping, and I’m so excited. Something about the craziness and the hustle and bustle of it all gets me so amped up for Christmas. It brings back those Christmas-morning feelings.

I’ve been pretty slow with reading lately. Typically I read at least 10 books a month, usually closer to 15 or more, but the past few months I’m lucky if I get to 10.

And, you know what? That’s ok. Even though I’m a book blogger and booktuber. I think it’s sometimes hard to remember that.

As always, I like to create a reading list for myself in the beginning of the month. It’s much more of a guideline of what I’d like to read, rather than a hard-and-fast list. It’s what I turn to when I’m unsure of what to pick up next, but I’m not hard on myself if I don’t get to everything.

These are all books that I own and want to read this month! Titles link to Goodreads.

I’ve already added several Audible Escape books to my Audible account in preparation. Here they are: 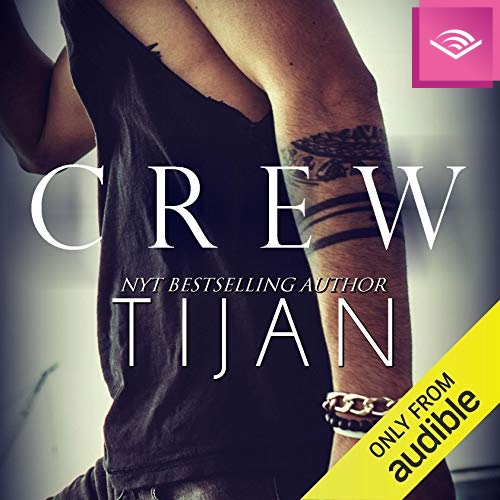 To survive where I live, you have two options. You can be a Normal – a cheerleader, jock, member of the debate team, or on the yearbook committee. You pretend everything is normal. Or you can be crew. You insult us? We hurt you. You hurt us? We really hurt you. And if you f–k with us, we will end you.

My name is Bren. I’m the only female in the Wolf Crew – the best, fiercest, and most dangerous crew there is – and we have a rule: There’s no falling in love. 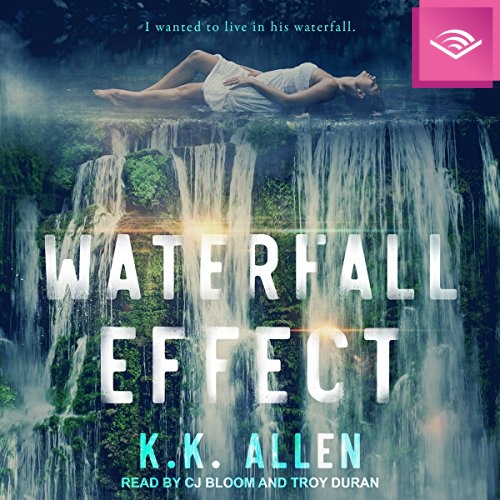 Tragedy had stripped Aurora of everything she once loved. But now she’s back in Balsam Grove, ready to face all she’s kept locked away for seven years. Or so she thinks. Aurora doesn’t expect her first collision to be with the boy she left all those years ago. The boy who betrayed her trust with no regrets. The boy who is no longer a boy but a man with the same stormy eyes that swept her into his current before she ever learned to swim. She’d thought he was safe. He’d thought their path was mapped out. Turns out neither of them was ready for the crash at the bottom of the cascade. 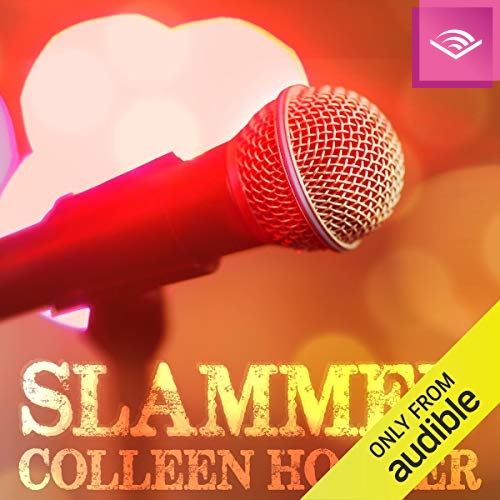 Layken Cohen isn’t your typical 18-year-old. After the recent death of her father, she is forced to be the rock for both her mother and younger brother. Outwardly, she appears resilient and tenacious, but inwardly, she’s slowly losing hope.

Enter Will Cooper: The 21-year-old new neighbor with an intriguing passion for performing “Slams”. Will and Layken immediately form an intense and emotional connection neither of them knew they needed until it was found. However, the two of them are slammed to the core when a shocking revelation forces their relationship to a halt.

Once again, Layken must put on a brave face and accept that which she cannot control, but when a family secret comes into play, it becomes the ultimate test of her resolve. Unable to accept the harsh reality of her future, Layken puts everything at risk and turns to Will for solace.

Both Layken and Will struggle as they attempt to find a balance between that which keeps them apart and the feelings that pull them together. 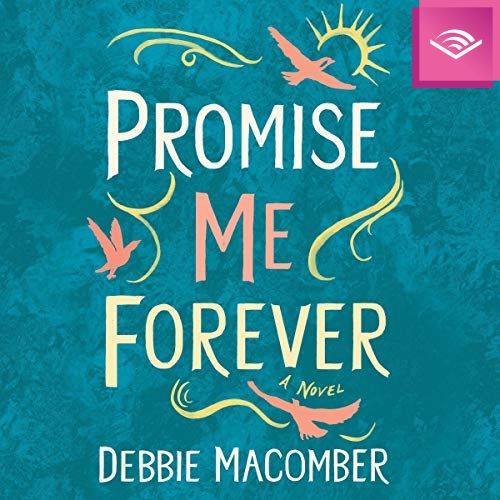 NEW YORK TIMES BESTSELLER • One of beloved author Debbie Macomber’s classic novels, this is a beautiful story of hope, healing, and the magic of the human heart.

Physical therapist Joy Neilsen doesn’t take no for an answer when it comes to her patients. She’s tough yet compassionate, doing whatever it takes to get them back on their feet…and she’s met her match in Sloan Whittaker. Bitter, angry, resentful, Sloan is ready to give up. But Joy doesn’t let anybody quit, especially not a man as talented as this brilliant tycoon – a man who, somewhere along the way, has won her heart.

After weeks trying to push Joy away, Sloan realizes he’s a fool. She’s determined to piece him back together, and now he knows why: Deep down, she’s as broken as he is. Joy is prepared to give him everything, and now Sloan wants to give her something in return. He can be the one to show Joy that she’s perfect inside and out – if she’s willing to let go of her own painful memories and make happy ones with him.

I’m also going to throw in a book that I picked up during an Audible sale a few months ago, too… 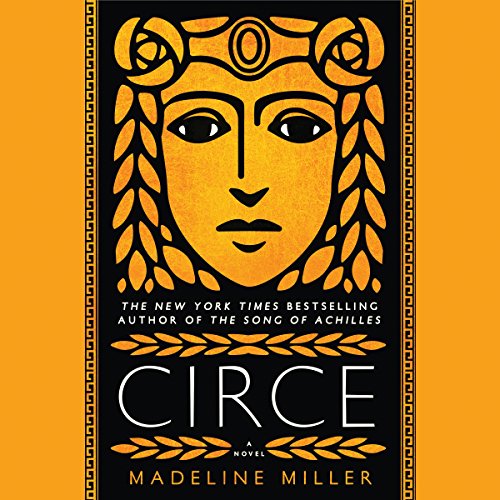 The daring, dazzling and highly anticipated follow-up to the New York Times best seller The Song of Achilles

One of the Most Anticipated Books of 2018

In the house of Helios, god of the sun and mightiest of the Titans, a daughter is born. But Circe is a strange child – not powerful, like her father, nor viciously alluring, like her mother. Turning to the world of mortals for companionship, she discovers that she does possess power – the power of witchcraft, which can transform rivals into monsters and menace the gods themselves.

Threatened, Zeus banishes her to a deserted island, where she hones her occult craft, tames wild beasts and crosses paths with many of the most famous figures in all of mythology, including the Minotaur; Daedalus and his doomed son, Icarus; the murderous Medea; and, of course, wily Odysseus.

But there is danger, too, for a woman who stands alone, and Circe unwittingly draws the wrath of both men and gods, ultimately finding herself pitted against one of the most terrifying and vengeful of the Olympians. To protect what she loves most, Circe must summon all her strength and choose, once and for all, whether she belongs with the gods she is born from or the mortals she has come to love.

With unforgettably vivid characters, mesmerizing language and pause-resisting suspense, Circe is a triumph of storytelling, an intoxicating epic of family rivalry, palace intrigue, and love and loss as well as a celebration of indomitable female strength in a man’s world.

PLEASE NOTE: When you purchase this title, the accompanying reference material will be available in your Library section along with the audio. 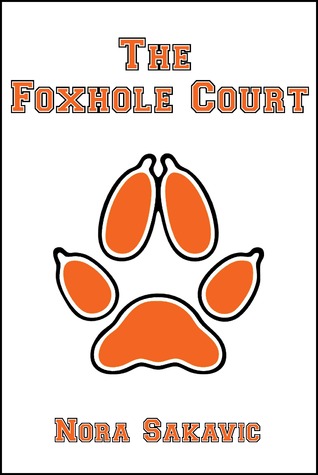 The Foxhole Court
(All for the Game #1)
by Nora Sakavic

Neil Josten is the newest addition to the Palmetto State University Exy team. He’s short, he’s fast, he’s got a ton of potential—and he’s the runaway son of the murderous crime lord known as The Butcher.

Signing a contract with the PSU Foxes is the last thing a guy like Neil should do. The team is high profile and he doesn’t need sports crews broadcasting pictures of his face around the nation. His lies will hold up only so long under this kind of scrutiny and the truth will get him killed.

But Neil’s not the only one with secrets on the team. One of Neil’s new teammates is a friend from his old life, and Neil can’t walk away from him a second time. Neil has survived the last eight years by running. Maybe he’s finally found someone and something worth fighting for. 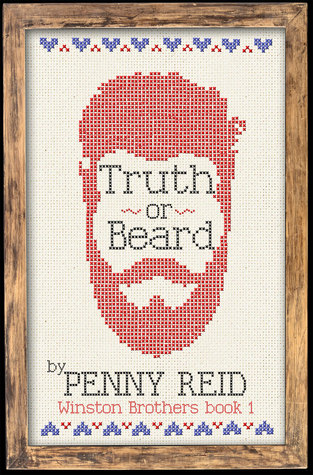 Beards, brothers, and bikers! Oh my!

Identical twins Beau and Duane Winston might share the same devastatingly handsome face, but where Beau is outgoing and sociable, Duane is broody and reserved. This is why Jessica James, recent college graduate and perpetual level-headed good girl, has been in naïve and unhealthy infatuation with Beau Winston for most of her life.

His friendly smiles make her tongue-tied and weak-kneed, and she’s never been able to move beyond her childhood crush. Whereas Duane and Jessica have always been adversaries. She can’t stand him, and she’s pretty sure he can’t stand the sight of her…

But after a case of mistaken identity, Jessica finds herself in a massive confusion kerfuffle. Jessica James has spent her whole life paralyzed by the fantasy of Beau and her assumptions of Duane’s disdain; therefore she’s unprepared for the reality that is Duane’s insatiable interest, as well as his hot hands and hot mouth and hotter looks. Not helping Jessica’s muddled mind and good girl sensibilities, Duane seems to have gotten himself in trouble with the local biker gang, the Iron Order.

Certainly, Beau’s magic spell is broken. Yet when Jessica finds herself drawn to the man who was always her adversary, now more dangerous than ever, how much of her level-head heart is she willing to risk? 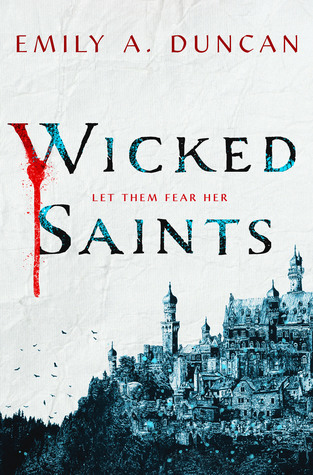 A girl who can speak to gods must save her people without destroying herself.

A prince in danger must decide who to trust.

A boy with a monstrous secret waits in the wings.

Together, they must assassinate the king and stop the war.

In a centuries-long war where beauty and brutality meet, their three paths entwine in a shadowy world of spilled blood and mysterious saints, where a forbidden romance threatens to tip the scales between dark and light. Wicked Saints is the thrilling start to Emily A. Duncan’s devastatingly Gothic Something Dark and Holy trilogy.. 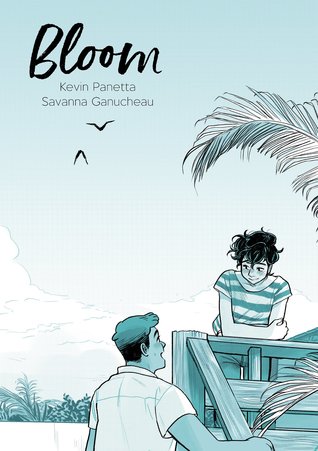 Now that high school is over, Ari is dying to move to the big city with his ultra-hip band―if he can just persuade his dad to let him quit his job at their struggling family bakery. Though he loved working there as a kid, Ari cannot fathom a life wasting away over rising dough and hot ovens. But while interviewing candidates for his replacement, Ari meets Hector, an easygoing guy who loves baking as much as Ari wants to escape it. As they become closer over batches of bread, love is ready to bloom . . . that is, if Ari doesn’t ruin everything.

Writer Kevin Panetta and artist Savanna Ganucheau concoct a delicious recipe of intricately illustrated baking scenes and blushing young love, in which the choices we make can have terrible consequences, but the people who love us can help us grow.