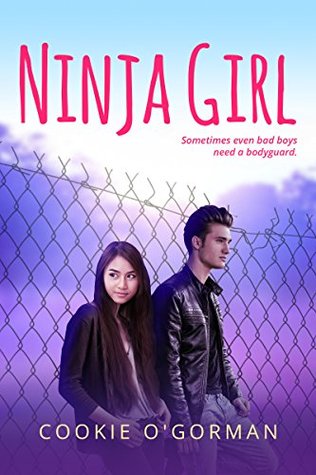 Synopsis:
Seventeen-year-old Snow-Soon Lee kicks ass–literally. She teaches at her family-owned martial arts gym, The Academy, and cares more about training to be the next Bruce Lee than hooking up. In fact, Snow’s never even been kissed. But when Girls Night rolls around, Snow decides to prove to her friends (and herself) that she’s not just some boring tomboy. Impulsively, she kisses a hot stranger and even manages to escape his two security guards.

Ash Stryker’s senior year sucks. His politician father pulled him out of Chariot High, separating him from his championship-winning soccer team. Now he’s stuck at a prissy private school with no friends, no team and no chance of being scouted. On top of that, thanks to the death threats his dad’s received, Ash has a security tail aka professional babysitters. When the mystery girl from the movies shows up at his school, rappelling from the rafters, Ash knows one thing: he won’t let her get away again.

After a seemingly random attack, Ash’s mother surprises everyone. She hires Snow to be Ash’s personal bodyguard until after the election. But can Snow’s kick-ass skills hold up against the rising threats to Ash’s family? More importantly, can Ash convince his ninja girl to screw ethics and kiss him again?

Opposites attract in this YA romance where a smooth talker meets his match in the tough girl who (literally) sweeps him off his feet. Moral of the story:

This. Girl. Is. Amazing.

This book was SO cool and that doesn’t even begin to describe it.

First of all, I think it was really nice that Ash got his own book and Sally and Becks from Adorkable made a few appearances.

For the first time, I’m loving the main character so much maybe more than the book boyfriend. Snow is literally amazing! She is witty and smart and I strive to be this girl. She is quick both mentally and physically.

This book held a lot of humor especially with Snow constantly kicking butt. Even though I wasn’t really a fan of the tile, I thought it was fitting for this.

This was such a fun book but also an awesome romance too!