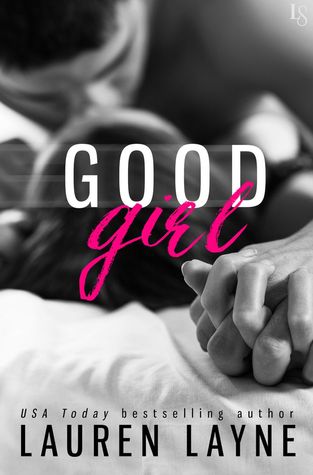 Synopsis:
Lauren Layne brings all the unpredictable heat of her USA Today bestseller Blurred Lines to an all-new cast of characters! Country music’s favorite good girl is hiding away from the world—only to find herself bunking with a guy who makes her want to be a little bad.

Jenny Dawson moved to Nashville to write music, not get famous. But when her latest record goes double platinum, Jenny’s suddenly one of the town’s biggest stars—and the center of a tabloid scandal connecting her with a pop star she’s barely even met. With paparazzi tracking her every move, Jenny flees to a remote mansion in Louisiana to write her next album. The only hiccup is the unexpected presence of a brooding young caretaker named Noah, whose foul mouth and snap judgments lead to constant bickering—and serious heat.

Noah really should tell Jenny that he’s Preston Noah Maxwell Walcott, the owner of the estate where the feisty country singer has made her spoiled self at home. But the charade gives Noah a much-needed break from his own troubles, and before long, their verbal sparring is indistinguishable from foreplay. But as sizzling nights give way to quiet pillow talk, Noah begins to realize that Jenny’s almost as complicated as he is. To fit into each other’s lives, they’ll need the courage to face their problems together—before the outside world catches up to them.

Coming off from the high of Blurred Lines, I jumped right into Good Girl after finishing one of my new favorite novels by the same author.

I’ve mentioned it before, I’m not a big fan of the famous person trope and I’m also getting a little annoyed by the mega jerk hero … and this book had both. It also lacked the humor that I adored so much in Blurred Lines, however, I found myself really wanting to see how this story would pan out.

Jenny Dawson was a very likable character who, in my opinion, put up with way more immaturity from Noah than she should have. Somehow, though, I still found myself rooting for these characters.

I definitely plan on reading the next book in this series, fingers crossed that I’ll like it as much as I liked the first!