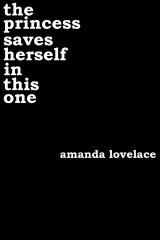 The Kiss of Deception (The Remnant Chronicles #1) by Mary E. Pearson

In a society steeped in tradition, Princess Lia’s life follows a preordained course. As First Daughter, she is expected to have the revered gift of sight—but she doesn’t—and she knows her parents are perpetrating a sham when they arrange her marriage to secure an alliance with a neighboring kingdom—to a prince she has never met.

On the morning of her wedding, Lia flees to a distant village. She settles into a new life, hopeful when two mysterious and handsome strangers arrive—and unaware that one is the jilted prince and the other an assassin sent to kill her. Deception abounds, and Lia finds herself on the brink of unlocking perilous secrets—even as she finds herself falling in love.

The Kiss of Deception is the first audiobook in Mary E. Pearson’s Remnant Chronicles

Date added to TBR:Jul 31, 2016
Keep or Ditch?Keep
Comments: I actually have the boxed set of this entire series. I love the covers and those are honestly what drew me to them. I definitely want to keep this one.

It’s Spring Break of senior year. Anna, her boyfriend Tate, her best friend Elise, and a few other close friends are off on a debaucherous trip to Aruba that promises to be the time of their lives. But when Elise is found brutally murdered, Anna finds herself trapped in a country not her own, fighting against vile and contemptuous accusations.

As Anna sets out to find her friend’s killer, she discovers hard truths about her friendships, the slippery nature of truth, and the ache of young love.

As she awaits the judge’s decree, it becomes clear that everyone around her thinks she is not just guilty, but dangerous. When the truth comes out, it is more shocking than one could ever imagine…

Date added to TBR:Jul 31, 2016
Keep or Ditch?Keep
Comments:I actually really want to read more psychological thrillers and this one sounds pretty awesome. It also is very highly rated on Goodreads.

Auburn Reed is determined to rebuild her shattered life and she has no room for mistakes. But when she walks into a Dallas art studio in search of a job, she doesn’t expect to become deeply attracted to the studio’s enigmatic artist, Owen Gentry.

For once, Auburn takes a chance and puts her heart in control, only to discover that Owen is hiding a huge secret. The magnitude of his past threatens to destroy everything Auburn loves most, and the only way to get her life back on track is to cut Owen out of it—but can she do it?

Date added to TBR: Jul 31, 2016
Keep or Ditch?Keep
Comments:I honestly don’t even need to read the synopsis, I plan to read everything Colleen Hoover writes.

Sam and Clementine have a wonderful, albeit, busy life: they have two little girls, Sam has just started a new dream job, and Clementine, a cellist, is busy preparing for the audition of a lifetime. If there’s anything they can count on, it’s each other.

Clementine and Erika are each other’s oldest friends. A single look between them can convey an entire conversation. But theirs is a complicated relationship, so when Erika mentions a last minute invitation to a barbecue with her neighbors, Tiffany and Vid, Clementine and Sam don’t hesitate. Having Tiffany and Vid’s larger than life personalities there will be a welcome respite.

Two months later, it won’t stop raining, and Clementine and Sam can’t stop asking themselves the question: What if we hadn’t gone?

In Truly Madly Guilty, Liane Moriarty takes on the foundations of our lives: marriage, sex, parenthood, and friendship. She shows how guilt can expose the fault lines in the most seemingly strong relationships, how what we don’t say can be more powerful than what we do, and how sometimes it is the most innocent of moments that can do the greatest harm.

Date added to TBR: Jul 31, 2016
Keep or Ditch? Ditch
Comments: This is a whole lot of meh for me. I’m deeply uninterested in this type of story these days.

“Ah, life- the thing that happens to us while we’re off somewhere else blowing on dandelions & wishing ourselves into the pages of our favorite fairy tales.”

Date added to TBR: Dec 06, 2016
Keep or Ditch? Keep
Comments: This book is currently on my bookshelf and I still definitely want to read it! 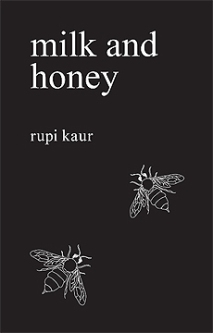 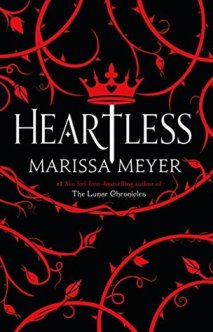 Milk and Honey by Rupi Kaur

Milk and honey’ is a collection of poetry and prose about survival. About the experience of violence, abuse, love, loss, and femininity. It is split into four chapters, and each chapter serves a different purpose. Deals with a different pain. Heals a different heartache. ‘milk and honey’ takes readers through a journey of the most bitter moments in life and finds sweetness in them because there is sweetness everywhere if you are just willing to look

Date added to TBR: Dec 06, 2016
Keep or Ditch? Keep
Comments: My niece has been trying to get me to read this forever.

The Shadowhunters of Los Angeles star in the first novel in Cassandra Clare’s newest series, The Dark Artifices, a sequel to the internationally bestselling Mortal Instruments series. Lady Midnight is a Shadowhunters novel.

It’s been five years since the events of City of Heavenly Fire that brought the Shadowhunters to the brink of oblivion. Emma Carstairs is no longer a child in mourning, but a young woman bent on discovering what killed her parents and avenging her losses.

Together with her parabatai Julian Blackthorn, Emma must learn to trust her head and her heart as she investigates a demonic plot that stretches across Los Angeles, from the Sunset Strip to the enchanted sea that pounds the beaches of Santa Monica. If only her heart didn’t lead her in treacherous directions…

Making things even more complicated, Julian’s brother Mark—who was captured by the faeries five years ago—has been returned as a bargaining chip. The faeries are desperate to find out who is murdering their kind—and they need the Shadowhunters’ help to do it. But time works differently in faerie, so Mark has barely aged and doesn’t recognize his family. Can he ever truly return to them? Will the faeries really allow it?

Date added to TBR: Dec 06, 2016
Keep or Ditch? Keep
Comments: I’ve been trying to get on this series bandwagon for a long time. I’ve not given up yet!

Long before she was the terror of Wonderland—the infamous Queen of Hearts—she was just a girl who wanted to fall in love.

Catherine may be one of the most desired girls in Wonderland, and a favorite of the unmarried King of Hearts, but her interests lie elsewhere. A talented baker, all she wants is to open a shop with her best friend. But according to her mother, such a goal is unthinkable for the young woman who could be the next queen.

Then Cath meets Jest, the handsome and mysterious court joker. For the first time, she feels the pull of true attraction. At the risk of offending the king and infuriating her parents, she and Jest enter into an intense, secret courtship. Cath is determined to define her own destiny and fall in love on her terms. But in a land thriving with magic, madness, and monsters, fate has other plans.

In her first stand-alone teen novel, the New York Times-bestselling author dazzles us with a prequel to Alice’s Adventures in Wonderland.

Winning what you want may cost you everything you love…

As a general’s daughter in a vast empire that revels in war and enslaves those it conquers, seventeen-year-old Kestrel has two choices: she can join the military or get married. But Kestrel has other intentions.

One day, she is startled to find a kindred spirit in a young slave up for auction. Arin’s eyes seem to defy everything and everyone. Following her instinct, Kestrel buys him—with unexpected consequences. It’s not long before she has to hide her growing love for Arin.

But he, too, has a secret, and Kestrel quickly learns that the price she paid for a fellow human is much higher than she ever could have imagined.

Set in a richly imagined new world, The Winner’s Curse by Marie Rutkoski is a story of deadly games where everything is at stake, and the gamble is whether you will keep your head or lose your heart.

Date added to TBR: Dec 06, 2016
Keep or Ditch? Keep
Comments: I have this entire series on my bookshelf and although it has gotten mixed reviews, I still would like to give it a try.

One girl’s nightmare is this girl’s faery tale

She’s a stunner.
Edinburgh, 1844. Eighteen-year-old Lady Aileana Kameron, the only daughter of the Marquess of Douglas, has everything a girl could dream of: brains, charm, wealth, a title—and drop-dead beauty.

She’s a liar.
But Aileana only looks the part of an aristocratic young lady. she’s leading a double life: She has a rare ability to sense the sìthíchean—the faery race obsessed with slaughtering humans—and, with the aid of a mysterious mentor, has spent the year since her mother died learning how to kill them.

She’s a murderer.
Now Aileana is dedicated to slaying the fae before they take innocent lives. With her knack for inventing ingenious tools and weapons—from flying machines to detonators to lightning pistols—ruthless Aileana has one goal: Destroy the faery who destroyed her mother.

She’s a Falconer.
The last in a line of female warriors born with a gift for hunting and killing the fae, Aileana is the sole hope of preventing a powerful faery population from massacring all of humanity. Suddenly, her quest is a lot more complicated. She still longs to avenge her mother’s murder—but she’ll have to save the world first.

The first volume of a trilogy from an exciting new voice in young adult fantasy, this electrifying thriller combines romance and action, steampunk technology and Scottish lore in a deliciously addictive read.

Date added to TBR: Dec 06, 2016
Keep or Ditch? Ditch
Comments: I just don’t ever see myself reading this one. The reviews aren’t great and for me to read this type of book, I think it would need to be super hyped.