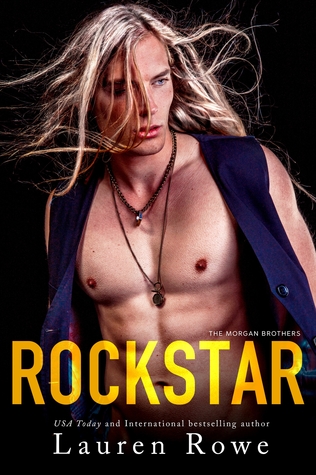 Synopsis:
It was lyrics at first sight when I saw Violet Rhodes across that crowded party. She was lights and darks, swirled together. Music in motion. And all of it while looking like a hitwoman at an Elvis convention.
I had nothing to offer the intriguing girl but a one-night stand. I figured I’d revel in my last night of anonymity before my first tour and shoot her a quick “We’ll always have L.A.!” goodbye the next morning.
But nothing went according to plan.
In one night, Violet crawled under my skin and into my bloodstream. She tattooed her name across my chest and between my legs. She became my muse. And then she was gone.
Now, months later, here she is again. And in a twist I never saw coming, it turns out Violet is ultra-violet radiation. Beautiful, ethereal light bringing with her the promise of damage and destruction.
My brain tells me to walk away from this girl, but my heart can’t stop feeling like she might be one of a kind . . . the sort of girl who comes along once in a violet moon.

ROCKSTAR is a standalone romance, the love story of Dax Morgan and the electrifying woman who rocked his world during his journey to worldwide rock superstardom.

Dax has been the enigmatic side character in all of the Morgan Brothers books I’ve read… the character I’ve been anticipating reading about any time he said a single line or was even mentioned in all of the other books… and I finally got my hands on him. Er… I mean… his book.

And I loved it.

Of course. Because, well, Lauren Rowe can pretty much do no wrong in this series for me. She earned my devotion from the very first page of Captain, and I haven’t looked back since.

I feel like it’d been a minute since I’ve been in the Morgan Brothers world, and it was so nice to be a part of that family again.

And I have to admit, as much as I loved Dax, being inside his head made me fall just as much in love with Violet from the time he met her eyes across that party.

Nobody does love at first sight like Lauren Rowe.

I know this isn’t a popular concept among romance readers. It’s a trope that is hard to get behind, but when you have a master at writing chemistry like Lauren, it’s hard to deny.

Lauren makes you believe that The One is a real, attainable thing because you’re feeling it just as much as the characters are.

Nobody, also, throws a wrench into a relationship quite like Lauren Rowe, either.

I’ll leave it at that.

Aside from the novel living up to my very high expectations, Lauren also gave fans like me the added bonus of ACTUAL MUSIC to go along with it. And not just music, but a freaking MUSIC VIDEO with the cover model!

As if Dax wasn’t already alive and well in my imagination.

I can’t be the only one wishing and hoping for a PassionFlix movie for this series!

Lauren Rowe and John Lane nailed it, as they always do!

I must own physical copies of all of Lauren Rowe’s books!

One thought on “Rockstar (Morgan Brothers #5) by Lauren Rowe”

Across That Bridge: A Vision for Change and the Future of America by John Lewis⁣⁣
The Siren by Kiera Cass
From Blood and Ash (Blood and Ash #1) by Jennifer L Armentrout⁣
His Summer Intern by Jessa Kane⁣
Tea & books. My best friend knows me so well. #bestbdaygiftever
Act Your Age, Eve Brown (The Brown Sisters #3) by Talia Hibbert⁣