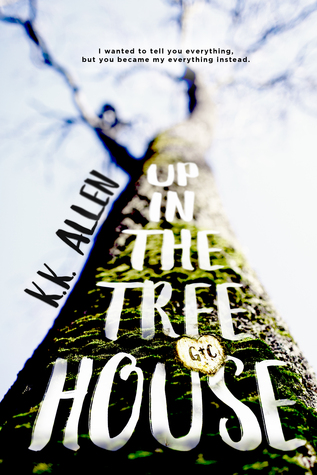 I wanted to tell him all my secrets, but he became one of them instead.

Chloe Rivers never thought she would keep secrets from her best friend. Then again, she never imagined she would fall in love with him either. When she finally reveals her feelings, rejection shatters her, rendering her vulnerable and sending her straight into the destructive arms of the wrong guy.

Gavin Rhodes never saw the betrayal coming. It crushes him. Chloe has always been his forbidden fantasy–sweet, tempting, and beautiful. But when the opportunity finally presents itself, he makes the biggest mistake of all and denies her.

Four years after a devastating tragedy, Chloe and Gavin find themselves crashing back into each other’s lives. Haunted by the past, they’re forced to come to terms with all that has transpired to find the peace they deserve. Except they can’t seem to get near each other without combatting an intense emotional connection that brings them right back to where it all started . . . their childhood treehouse.

Chloe still holds her secrets close, but this time she isn’t the only one with something to hide. Can their deep-rooted connection survive the destruction of innocence?

Maybe it is because I felt like I was being dropped into the middle of the novel from the very first page, expected to feel things for these characters and their situation despite not really connecting to or knowing much about them.

The main characters went through plenty of emotional situations, but it almost seemed like they were overreacting to me and I’m not entirely sure if it was because I’m heartless or because I felt like I didn’t get enough of their backstories before all the big events happened… I’m just not sure. Though, even when there were flashback journal entries, I still felt very disconnected from everything which almost made me want to roll my eyes at some of the dramatics.

I know, I sound completely heartless, but luckily not too long after I read this book, I did read a couple of books that actually made me cry, so I don’t think it was anything wrong with me.

A lot of people absolutely love this novel and I can see why they do. The writing was absolutely beautiful and I feel like if I would have felt more for the characters and what they were going through, I would’ve been more moved by it all.

I think part of it may be because I didn’t really understand why Chloe and Gavin didn’t end up together in the first place. I felt like I kept getting pieces of the story that didn’t connect and I was left with a lot of questions.

Anyway, like I said, the writing was beautiful, so I’m not giving up hope on this author just yet!

One thought on “Up in the Treehouse by K.K. Allen”