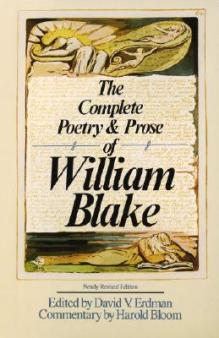 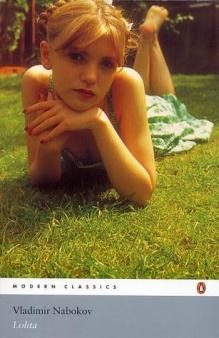 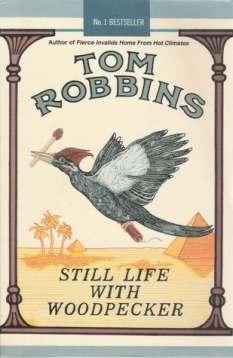 Since its first publication in 1965, this edition has been widely hailed as the best available text of Blake’s poetry and prose. Now revised, it includes up-to-date work on variants, chronology of the poems, and critical commentary by Harold Bloom. An “Approved Edition” of the Center for Scholarly Editions of the Modern Language Association.

Date added to TBR: September 2, 2010
Keep or Ditch? Ditch
Comments: I went through a William Blake obsession in high school after I read Red Dragon and while, if I saw this book on sale I’d probably buy it, I wouldn’t go out of my way to read it therefore it doesn’t belong on my TBR.

Humbert Humbert – scholar, aesthete and romantic – has fallen completely and utterly in love with Lolita Haze, his landlady’s gum-snapping, silky skinned twelve-year-old daughter. Reluctantly agreeing to marry Mrs Haze just to be close to Lolita, Humbert suffers greatly in the pursuit of romance; but when Lo herself starts looking for attention elsewhere, he will carry her off on a desperate cross-country misadventure, all in the name of Love. Hilarious, flamboyant, heart-breaking and full of ingenious word play, Lolita is an immaculate, unforgettable masterpiece of obsession, delusion and lust.

Books That Changed the World by Robert B. Downs

From the Bible, the Iliad, and the Republic to Civil Disobedience, Das Kapital, and Silent Spring, this revised and greatly expanded edition is a monument to the power of the printed word-an informative discussion of many of the most important works ever created.

Date added to TBR: September 2, 2010
Keep or Ditch? Ditch
Comments: While this sounds interesting… I don’t think I’d want to read an entire book. Especially one that is likely dated. I think I’d rather skim a blog post with this list LOL!

Still Life with Woodpecker is a sort of a love story that takes place inside a pack of Camel cigarettes. It reveals the purpose of the moon, explains the difference between criminals and outlaws, examines the conflict between social activism and romantic individualism, and paints a portrait of contemporary society that includes powerful Arabs, exiled royalty, and pregnant cheerleaders. It also deals with the problem of redheads.

Date added to TBR: September 2, 2010
Keep or Ditch? Ditch
Comments: I have no idea why I added this to my TBR in the first place…

This story is for everyone–but not everyone is for this story.

It is a dangerous tale of times past. A love story full of deep seduction. A story of terrible longing and bold sacrifice.

Then as now, evil begins its courtship cloaked in light. And the heart embraces what it should flee. Forgetting it once had a truer lover.

With a kiss, evil will ravage body, soul, and mind. Yet there remains hope, because the heart knows no bounds.

Love will prove greater than lust. Sacrifice will overcome seduction. And blood will flow.

Because the battle for the heart is always violently opposed. For those desperate to drink deep from this fountain of life, enter.

But remember, not everyone is for this story. 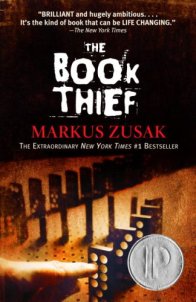 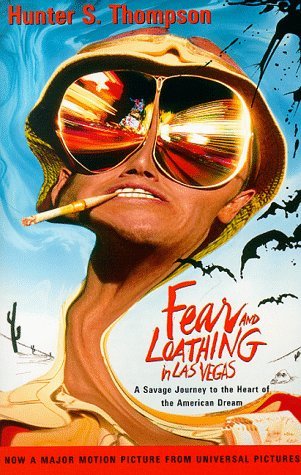 The Book Thief by Markus Zusak

It is 1939. Nazi Germany. The country is holding its breath. Death has never been busier, and will be busier still.

By her brother’s graveside, Liesel’s life is changed when she picks up a single object, partially hidden in the snow. It is The Gravedigger’s Handbook, left behind there by accident, and it is her first act of book thievery. So begins a love affair with books and words, as Liesel, with the help of her accordian-playing foster father, learns to read. Soon she is stealing books from Nazi book-burnings, the mayor’s wife’s library, wherever there are books to be found.

But these are dangerous times. When Liesel’s foster family hides a Jew in their basement, Liesel’s world is both opened up, and closed down.

In superbly crafted writing that burns with intensity, award-winning author Markus Zusak has given us one of the most enduring stories of our time.

Date added to TBR: June 27, 2011
Keep or Ditch? Ditch
Comments: I actually DNF’ed this book many years ago, but not because I didn’t appreciate it. I actually loved how it was written and remember tagging almost every other page, but I kept choosing other books instead of finishing it until eventually I put it down for good.

Insight Meditation: A Step-by-step Course on How to Meditate by Sharon Salzberg

• Insight study cards (12 cards)—Daily reminders of the fundamentals of meditation in a convenient, portable form.

Excerpt
Welcome to Insight Meditation. The compact discs and workbook will take you step by step through a comprehensive training course in basic meditation. The cards included in the box list various helpful teachings that are explored throughout this workbook.
This course is rooted in the Buddhist style of vipassana, or insight meditation, but these fundamental techniques for sharpening your awareness and releasing painful mental habits are useful no matter what your religious or spiritual orientation.
It’s not necessary to affiliate with any belief system in order to benefit from Insight Meditation. These mindfulness practices can support your existing spiritual path, whether it’s a structured practice like Christianity or Judaism, or simply a personal sense of your relationship with the great questions of human existence.
What to Expect:
Insight Meditation comprises two compact discs, a workbook, and a set of informational cards.
The workbook contains:
–Information on meditation resources
–Suggestions for setting up a meditation space and a daily practice
–Buddhist teachings about meditation and life
–Q & A sessions that clarify practical new issues new meditators tend to encounter
–Exercises to help you deepen your understanding and experience of meditation (and space to respond to them)
–Tips for taking your meditataive awareness into the world and for troubleshooting problem areas in your practice
— Glossaries of Pali, Sanskrit, and other terms
— A list of books and tapes you can use to further your study of meditation.

Date added to TBR: June 27, 2011
Keep or Ditch? Ditch
Comments: My friend and I started a meditation group back in 2011 and this was what we kind of based our meetings on… we followed the meditations in this book, so I got through some of this book, but when our group fizzled out, I never really went back to it and I don’t see myself doing so. That is not to say this isn’t a wonderful book for beginners, because it truly is. I highly recommend this box set to anyone who is interested in meditation, but it just doesn’t belong on my TBR.

Helen of Troy by Margaret George

A lush, seductive novel of the legendary beauty whose face launched a thousand ships

Daughter of a god, wife of a king, prize of antiquity’s bloodiest war, Helen of Troy has inspired artists for millennia. Now, Margaret George, the highly acclaimed bestselling historical novelist, has turned her intelligent, perceptive eye to the myth that is Helen of Troy.

Margaret George breathes new life into the great Homeric tale by having Helen narrate her own story. Through her eyes and in her voice, we experience the young Helen’s discovery of her divine origin and her terrifying beauty. While hardly more than a girl, Helen married the remote Spartan king Menelaus and bore him a daughter. By the age of twenty, the world’s most beautiful woman was resigned to a passionless marriage until she encountered the handsome Trojan prince Paris. And once the lovers flee to Troy, war, murder, and tragedy become inevitable. In Helen of Troy, Margaret George has captured a timeless legend in a mesmerizing tale of a woman whose life was destined to create strife and destroy civilizations.

Date added to TBR: June 27, 2011
Keep or Ditch? Keep
Comments: This beauty of a book is currently sitting on my bookshelf and has been since 2011 and there it shall remain. I do really want to read this book because I effing hate Helen of Troy and Paris with a fiery passion. I think they’re both despicably selfish and stupid and I’d love to read this book and see their side of the story.

Fear and Loathing in Las Vegas by Hunter S. Thompson

Fear and Loathing in Las Vegas is the best chronicle of drug-soaked, addle-brained, rollicking good times ever committed to the printed page. It is also the tale of a long weekend road trip that has gone down in the annals of American pop culture as one of the strangest journeys ever undertaken.

Date added to TBR: June 27, 2011
Keep or Ditch? Ditch
Comments: TBH I read most of this book and saw most of the movie, but I don’t see myself picking it up again.

You guys… I’ve added so many books to my TBR the past few months because I’ve been watching more BookTube channels and I made a few Book Outlet and library bookstore purchases, so my count has grown exponentially!