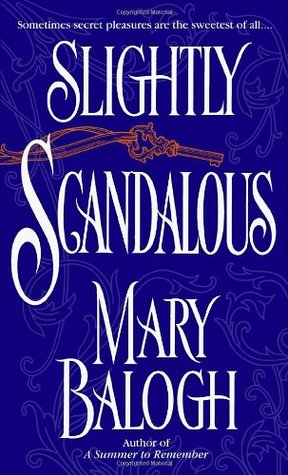 Synopsis:
Meet the Bedwyns…six brothers and sisters—men and women of passion and privilege, daring and sensuality.

Enter their dazzling world of high society and breathtaking seduction…where each will seek love, fight temptation, and court scandal…and where Freyja Bedwyn, the wild-hearted daughter, meets her match in a man as passionate, reckless, and scandalous as she.

Growing up with four unruly brothers has made Freyja Bedwyn far bolder than most society ladies. From feisty manner to long, tumbling hair, Lady Freyja is pure fire, a woman who seeks both adventure and freedom.

Adventure soon finds her on a visit to Bath, when a handsome stranger bursts into Freyja’s room and entreats her to hide him. His name is Joshua Moore, Marquess of Hallmere, a man with a hell-raising reputation of his own who is quickly intrigued by the independent beauty. So intrigued, in fact, that he makes her a surprising request: to pose as his fiancée and help thwart his family’s matchmaking schemes. For two people determined to be free, it’s the perfect plan…until passion blindsides them both. For as Joshua sets out to achieve his complete seduction of Freyja, a woman who has sworn off love is in danger of losing the one thing she never expected to give again: her heart…

This was my Talk Darcy to Me Romance Novel Book Club’s book this month and while I’m not a big historical romance reader, I adored this book.

Truth be told, I’ve been leaning more toward contemporary romance lately with a bit of fantasy thrown in there for funsies, so stepping into a historical romance was a bit of an adjustment.

My sister and my mom are both historical romance junkies, but we all have similar taste, so when my sister recommended this book for our book club, I fully trusted her choice. And my trust was not misplaced.

This book starts off exactly how you want a book to begin. With a bang. It absolutely reeled me in.

I fell in love with Freyja immediately and just kept falling for her. She reminded me so much of my sister with her fierce attitude (especially for her time!) and simultaneous grace.

Freyja is my all-time favorite badass female lead second only to Tella from Legendary. Maybe it’s because I love my sister so much, but also maybe because she was such a dynamic character.

See, Freyja is the Duke’s sister, which means she is well-respected, so she has that grace and dignity thing going for her. She is also not a beauty queen. Her nose is a little too big, her hair a little too frizzy and her eyebrows a little too dark, but her self-confidence and acceptance despite and because of these things is so damn appealing.

The freedom in not having to worry about standard beauty is admirable. Her lack of it isn’t a weakness, it’s a hard fought strength.

Here I am gushing over Freyja while our book boyfriend, Joshua, is epic. The fact that I can’t stop talking about Freyja even though Joshua was so incredible says it all.

Joshua reminds me a lot of Monty from The Gentleman’s Guide to Vice and Virtue, except he is straight. He’s got that charm, charisma, and aloof nature that I’m so drawn to in male characters.

He’s absolutely perfect for Freyja… he appreciates her wit and confidence and lets her take charge without feeling at all emasculated.

He can take all of Freyja’s spunk and give it right back. #Gangster

And that’s not even mentioning the wonderful side characters and the storyline! Don’t even get me started.

This book was the first I read in the series even though it is Book 3 and I didn’t feel lost at all… actually, it just made me want to read everyone else’s books!

I highly recommend this book to anyone who appreciates a story that will not bore you (not even for a second!), who loves a great meetcute, a powerful (without being unbelievable or over-the-top) female lead, sparking chemistry, interesting side characters, and a book boyfriend to swoon over… even if you’re not into historical romance.