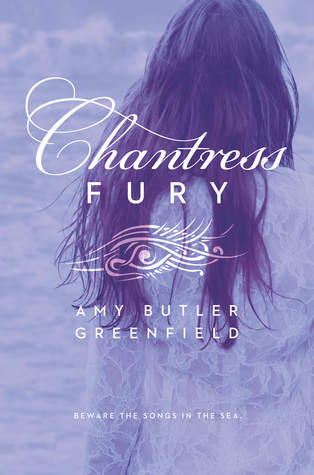 Synopsis:
The sea is coming. We are coming. And we will drown you all.

With a song, Lucy can control the wind and the water; she can bring castles and kingdoms to their feet. Since Lucy mastered her powers, King Henry has kept her close as he’s rebuilt England. She’s his best ally—and his workhorse. And now he’s called her to investigate attempted murder: His men claim they were almost killed on the Thames…by a mermaid. All Lucy can glean from the creature they’ve captured is a warning: The sea is coming. We are coming. And we will drown you all.

And then the floods begin. Swaths of London are submerged as the people scramble to defend themselves against the water—and the monsters—that are flooding their streets. As mistrust of Lucy’s magic grows, the king relies on Nat, Lucy’s great love, to guide them through the storm. But Nat is cold and distant to Lucy. He swore his love only a year before, and now he calls her “stranger.”

Lucy is determined to defeat this powerful new magic alone if she must. But then she hears an eerie song within the water…can it mean that she’s not the last Chantress after all?

I finished this book in one day…and I think by that you can figure out how I felt about it!

I legit blocked out all sound and reality when reading this book.

It was so amazing! So much magic and so much imagination was put into this book and I enjoyed every bit of it.

I want more to this series, even though I was very satisfied with the ending.