I’ve been on an epic re-read binge, so purchasing new books seems kind of silly, but will that stop me? Probably not.

I’m here this morning to be a bad influence to you as well.

Favorites from Audible’s 3-for-2 Sale 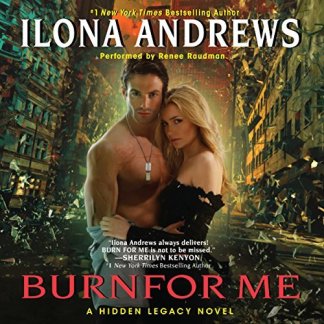 Jenny Lawson realized that the most mortifying moments of our lives – the ones we’d like to pretend never happened – are in fact the ones that define us. In Let’s Pretend This Never Happened, Lawson takes listeners on a hilarious journey recalling her bizarre upbringing in rural Texas, her devastatingly awkward high school years, and her relationship with her long-suffering husband, Victor.

The new Abby Abernathy is a good girl. She doesn’t drink or swear, and she has the appropriate number of cardigans in her wardrobe. Abby believes she has enough distance from the darkness of her past, but when she arrives at college with her best friend, her path to a new beginning is quickly challenged by Eastern University’s Walking One-Night Stand.

Travis Maddox, lean, cut, and covered in tattoos, is exactly what Abby needs—and wants—to avoid. He spends his nights winning money in a floating fight ring, and his days as the ultimate college campus charmer. Intrigued by Abby’s resistance to his appeal, Travis tricks her into his daily life with a simple bet. If he loses, he must remain abstinent for a month. If Abby loses, she must live in Travis’s apartment for the same amount of time. Either way, Travis has no idea that he has met his match.

R is a young man with an existential crisis—he is a zombie. He has no memories, no identity, and no pulse, but he has dreams. His ability to connect with the outside world is limited to a few grunted syllables, but his inner life is deep, full of wonder and longing. After experiencing a teenage boy’s memories while consuming his brain, R makes an unexpected choice that begins a tense, awkward, and strangely sweet relationship with the victim’s human girlfriend, Julie.

Julie is a blast of color in the otherwise dreary and gray landscape that surrounds R. His choice to protect her will transform not only R but his fellow Dead and perhaps their whole lifeless world. Scary, funny, and surprisingly poignant, Warm Bodies explores what happens when the cold heart of a zombie is tempted by the warmth of human love.

Burn for Me A Hidden Legacy, Book 1
By: Ilona Andrews
Narrated by: Renee Raudman

Nevada Baylor is faced with the most challenging case of her detective career – a suicide mission to bring in a suspect in a volatile situation. Nevada isn’t sure she has the chops. Her quarry is a Prime, the highest rank of magic user, who can set anyone and anything on fire.

Then she’s kidnapped by Connor “Mad” Rogan – a darkly tempting billionaire with equally devastating powers. Torn between wanting to run and wanting to surrender to their overwhelming attraction, Nevada must join forces with Rogan to stay alive.

Rogan’s after the same target, so he needs Nevada. But she’s getting under his skin, making him care about someone other than himself for a change. And, as Rogan has learned, love can be as perilous as death, especially in the magic world.

The Girl of Fire and Thorns
By: Rae Carson
Narrated by: Jennifer Ikeda

Once a century, one person is chosen for greatness.

Elisa is the chosen one.

But she is also the younger of two princesses. The one who has never done anything remarkable, and can’t see how she ever will.

Now, on her 16th birthday, she has become the secret wife of a handsome and worldly king – a king whose country is in turmoil. A king who needs her to be the chosen one, not a failure of a princess.

And he’s not the only one who seeks her. Savage enemies, seething with dark magic, are hunting her. A daring, determined revolutionary thinks she could be his people’s savior, and he looks at her in a way that no man has ever looked at her before. Soon it is not just her life, but her very heart that is at stake.

Elisa could be everything to those who need her most. If the prophecy is fulfilled. If she finds the power deep within herself. If she doesn’t die young.

Most of the chosen do. 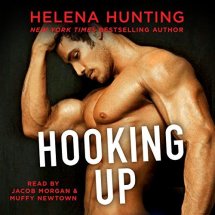 Damen is a warrior hero to his people and the rightful heir to the throne of Akielos, but when his half brother seizes power, Damen is captured, stripped of his identity, and sent to serve the prince of an enemy nation as a pleasure slave.

Beautiful, manipulative and deadly, his new master, Prince Laurent, epitomizes the worst of the court at Vere. But in the lethal political web of the Veretian court, nothing is as it seems, and when Damen finds himself caught up in a play for the throne, he must work together with Laurent to survive and save his country.

For Damen, there is just one rule: never, ever reveal his true identity. Because the one man Damen needs is the one man who has more reason to hate him than anyone else.

Most of All You A Love Story
By: Mia Sheridan
Narrated by: Matthew Holland, Charlotte North

Crystal learned long ago that love brings only pain. Feeling nothing at all is far better than being hurt again. She guards her wounded heart behind a hard exterior and carries within her a deep mistrust of men, who, in her experience, have only ever used and taken.

Then Gabriel Dalton walks into her life. Despite the terrible darkness of his past, there’s an undeniable goodness in him. And even though she knows the cost, Crystal finds herself drawn to Gabriel. His quiet strength is wearing down her defenses, and his gentle patience is causing her to question everything she thought she knew.

Only love can mend a shattered heart….

Crystal and Gabriel never imagined that the world, which had stolen everything from them, would bring them a deep love like this. Except fate will take them only so far, and now the choice is theirs: Harden their hearts once again or find the courage to shed their painful pasts.

Amalie Whitfield is the picture of a blushing bride during her wedding reception – but for all the wrong reasons. Instead of proclaiming his undying love, her husband can be heard, by Amalie and their guests, getting off with someone else. She has every reason to freak out, and in a moment of insanity she throws herself at the first hot-blooded male she sees. But he’s not interested in becoming her revenge screw.

Mortified and desperate to escape the post-wedding drama, Amalie decides to go on her honeymoon alone, only to find the man who rejected her also heading to the same tiny island for work. But this time he isn’t holding back. She should know better than to sleep with someone she knows, but she can’t seem to resist him.

They might agree that what happens on the island should stay on the island, but neither one can deny that their attraction is more than just physical. This sizzling audiobook is the perfect companion to any day at the beach or a rainy afternoon.

They had nothing in common until love gave them everything to lose.

Louisa Clark is an ordinary girl living an exceedingly ordinary life – steady boyfriend, close family – who has never been farther afield than her tiny village. She takes a badly needed job working for ex-Master of the Universe Will Traynor, who is wheelchair bound after an accident. Will has always lived a huge life – big deals, extreme sports, worldwide travel – and now he’s pretty sure he cannot live the way he is.

Will is acerbic, moody, bossy – but Lou refuses to treat him with kid gloves, and soon his happiness means more to her than she expected. When she learns that Will has shocking plans of his own, she sets out to show him that life is still worth living.

A love story for this generation, Me Before You brings to life two people who couldn’t have less in common – a heartbreakingly romantic novel that asks, what do you do when making the person you love happy also means breaking your own heart?

6 thoughts on “Favorites from Audible’s 3-for-2 Sale”