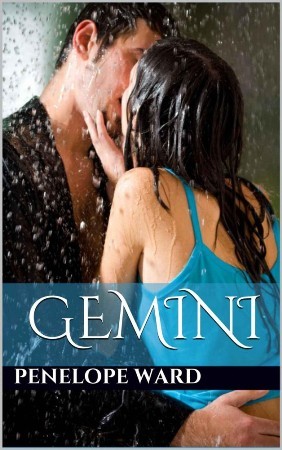 Synopsis:
Diner waitress Allison Abraham had no idea her mundane life was about to dramatically change the day she serves a devastatingly handsome customer.

Allison is immediately captivated by the mysterious man who stared through her soul with his electric blue eyes. After he abruptly leaves the restaurant, she can’t get him out of her head.

She has no idea that he had actually come on a mission to find her.

Cedric Callahan wasn’t expecting to fall in love at first sight with the pretty waitress he’d set out to find. In fact, she was the last woman on Earth he should be having feelings for. But his selfish heart had other plans. Feeling compelled to know her before revealing himself, he makes her believe their meetings are coincidental.

After a passionate romance ignites, Cedric’s lies and secrets are finally revealed, changing both of their lives forever.

I’ve read a handful of books by Penelope Ward and I’ve come away from most feeling the same thing… they are almost really great, but mostly just ok.

I DNF’d Drunk Dial because I didn’t buy in to the instalove and it was falling short for me, however, it could’ve just been my mood. (Though great books defy bookish mood swings for me.) I may return to that one at another time, though.

As for Gemini, I first want to discuss that other than having random horoscopes thrown in every so often, the whole “Gemini” theme didn’t make much sense to me. I could very well have missed something, but unless I’m reaching for a reason, I don’t really see any reason why the title of the book was Gemini, but that’s neither here nor there.

As I mentioned in the beginning, I kept almost really liking this book. I almost really liked our hero, Cedric. The only thing I was certain I loved about him was his blue eyes and his name.

I have no problem with an obsessive hero, in fact, if done right, I typically love them. (Please See: With Visions of Red by Trisha Wolfe).

However, I didn’t quite see the appeal or feel the chemistry between Cedric and Allison. The instalove wasn’t really believable for me, even after finding out the big secret in the end.

There were times I loved how much Cedric loved Allison and other times it made him seem a little eye-roll-worthy.

I liked Allison enough, but again, she was just an OK character, not particularly memorable.

To be honest, I think the best part of this book was the preview of Jack’s book that I got in the end. I am a little worried that that book will fall a bit short for me as well, however, I will likely give it a chance.

3 thoughts on “Gemini by Penelope Ward”