You guys, the Francesca Lia-Block obsession when I joined Goodreads was REAL! Every. Single. Book. is by her this time around! 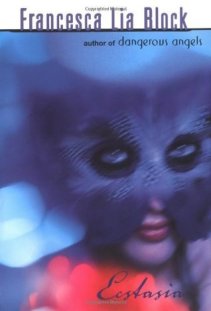 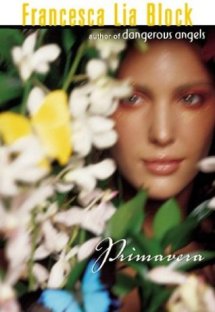 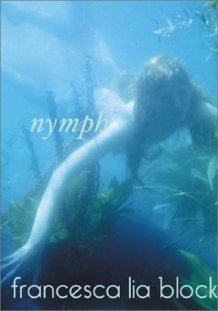 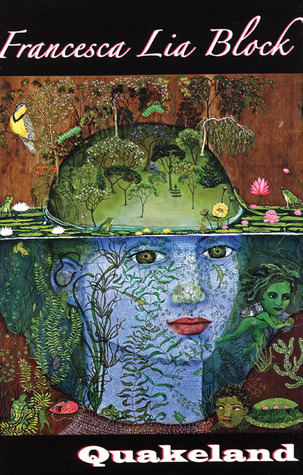 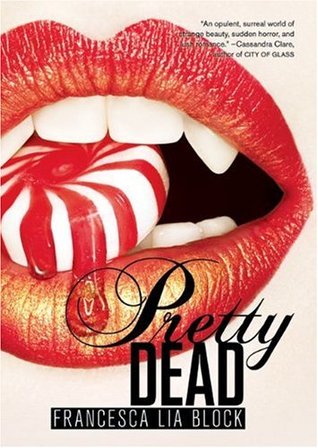 Siblings Calliope and Rafe, along with Dionisio and Paul, are Ecstasia—the most popular band in Elysia, a city of jewels and feathers, of magic and music, where the only crime is growing old. Then Calliope’s visions take her to Under, where the Old Ones go to die, and where her parents had vanished long ago. Rafe joins her there, in search of the Doctor, who can bring back the dead to ease their loved ones’ broken hearts. And that is when rapture turns to nightmare.

From the very moment she was born, Primavera’s songs made water flow and flowers blossom. She brought new life to the desert where her family lives. But even in Paradise there are dreams that cannot be fulfilled. Primavera is in love with a man who can never be hers–so when a handsome stranger offers her the gift of a horse-headed motorcycle, Primavera leaves home in search of the magical city of Elysia. But in Elysia, Primavera discovers that she has left behind everything she truly needs, everyone she truly cares about–and, if the city has its way, she will never find her way back home.

After enduring from afar a seemingly endless series of outside worldwide disasters–including 9/11 and the Asian tsunami–while living in earthquake-prone Los Angeles, a bereft Katrina experiences deep inner longings for some sense of permanence, meaning, and intimacy. A pre-school teacher contemplating the unsettling challenges of her mid-life, she finds solace in the company of her dear friend, Grace, and conflict in the arms of Jasper, a narcissistic yoga instructor.

In this intertwining series of emotionally charged stories, wistful characters weave together a dance of joy and sorrow, gain and loss, dissonance and harmony.

People pity me, but mostly they feel envy. I have all the luxury and freedom a girl my age could want.

Something is happening to Charlotte Emerson. Like the fires that are ravaging the hills of Los Angeles, it consumes her from the inside out. But whether it is her eternal loneliness, the memory of her brother, the return of her first love, or the brooding, magnetic Jared—she cannot say. What if it’s something more . . .

Something to do with the sudden tear in her perfect nails. The heat she feels when she’s with Jared. The blood rushing once again to her cheeks and throughout her veins.

For Charlotte is a vampire, witness to almost a century’s worth of death and destruction. But not since she was a human girl has mortality touched her.

In what way will you be transformed? 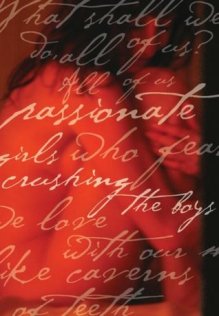 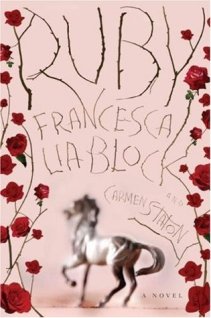 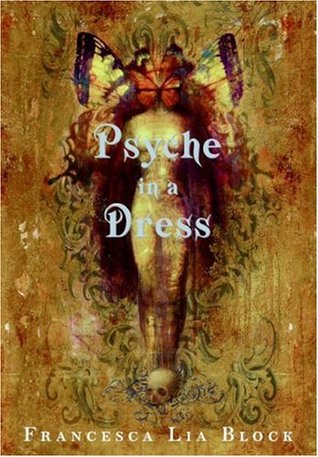 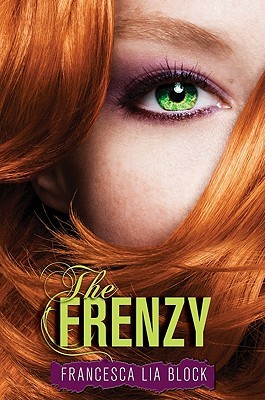 What shall we do, all of us?

All of us passionate girls who fear crushing the boys we love with our mouths like caverns of teeth, our mushrooming brains, our watermelon hearts?

Once upon a time, in the bubble-gum-snapping, glitter polish-wearing, lip-gloss-applying San Fernando Valley, a gentle girl named Barbie met a feisty fairy named Mab: “Maybe Mab was real. Maybe there really are girls the size of pinkies with hair the color of the darkest red oleander blossoms and skin like the greenish-white underbellies of calla lilies…. But it doesn’t matter if Mab is real or imagined, Barbie thought, as long as I can see her.” Mab, with her crabby commentary and no-holds-barred opinions, gives Barbie the strength she needs to face the horrors casting a shadow over her life in sunny, shimmering California. How else could Barbie survive her over-perfumed, over-tanned, overbearing stage mother, dragging her daughter to modeling agencies in the gold-plated hope of reliving her younger days as a beauty queen? Or the “cadaver-pale skin” and “fleshy mouth” of Hamilton Waverly, the “crocodile pedophile” photographer who makes Barbie feel “like the doll she had been named for, without even a hole where her mouth was supposed to be”? Mab glimmers and gabs by Barbie’s side throughout her teen years as she becomes a successful fashion model, falls in love, and endures all the troubles that come along for the ride–in addition to facing the black secret of her past.

After growing up in an abusive family, Ruby escapes to Los Angeles and learns of her soulmate — Orion — a British actor. She travels to England, where she works at a potions and herbs shop, and through a series of coincidental circumstances, ends up nursing Orion back to health without confessing that she has been on a quest to find him all along. But just when she thinks her dream is becoming a reality, Ruby is stopped in her tracks by the violent demons of her past. Only by facing the darkness together can she and Orion finally fulfill their destiny.

Psyche in a Dress by Francesca Lia-Block

Psyche has known Love–scented with jasmine and tasting of fresh oranges. Yet he is fleeting and fragile, lost to her too quickly. Punished by self-doubt, Psyche yearns to be transformed, like the beautiful and brutal figures in the myths her lover once spoke of. Attempting to uncover beauty in the darkness, she is challenged, tested, and changed by the gods and demons who tempt her. Her faith must be found again, for if she is to love, she must never look back.

The Frenzy by Francesca Lia-Block

Liv has a secret.

Something happened to her when she was thirteen. Something that changed everything. Liv knows she doesn’t belong anymore—not in her own skin, not in her family . . . not anywhere. The only time she truly feels like herself is when she’s with her boyfriend, Corey, and in the woods that surround her town.

While Corey and Liv’s love binds them together, Liv’s dark secret threatens to tear them apart as she struggles to understand who—or what—she really is. And by the light of the full moon, the most dangerous secrets bare their claws. . .