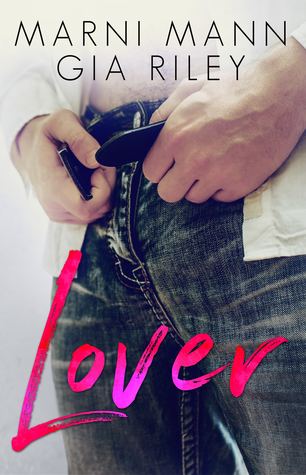 Synopsis:
The attraction was undeniable.
I couldn’t escape him.
I didn’t want to.
I was his.
He was mine.
But he wasn’t my husband.

My once treasured marriage was now flawed and imperfect.
By the time the guilt set in, it was too late.
Reality was trying to keep me away from my obsession.
My husband was that reality.
My obsession was West.

But West was forbidden. Taken. Married.
We were swingers.
It was the perfect arrangement.

Until I fell in love…
With West.

Lover certainly took me on a whirlwind of a journey.

I was hesitant going into this book because of the subject matter. I’ve never read a contemporary romance that involves cheating… or swinging for that matter.

I was intrigued by the synopsis for those two reasons as well.

Unsurprisingly, I know very little about the ins and outs of swinging. I don’t know what the typical real-life “rules” are, so I can’t speak to that. What I can speak to is the fact that this book, though extremely steamy, didn’t feel as gratuitous as I thought it would. The attraction between West and Piper felt real. The discord between Piper and Cannon felt real, and (eventually) understandable.

This entire story took me on a ride that wouldn’t let me put the book down all day. I read the whole thing in one glorious sitting. I was swept up in these two couples’ rollercoaster ride. The subject matter aside, this was a good, interesting story that was told well.

I probably won’t re-read this one.

This book is a signed copy 🙂

2 thoughts on “Lover by Marni Mann and Gia Riley”