Does anyone else get super tired when it rains?

My reading chair is right next to a window and I’m having a hard time keeping my eyes open!

So, before I fall asleep, let’s see what books I hauled this month.

Here are the books I hauled this month

She has to run.
She has to hide.
But is there any place he can’t find her?

On the run from her drug-dealing ex, Rosie is forced to return to the one place she swore she’d never go back to—Aspen Falls. But it’s a place to lay low until the nightmare blows over.

When she’s pulled over by Officer Blaine Hartford, she comes face to face with her past. Will she have the courage to tell him everything or are her secrets too ugly to share?

If Blaine finds out what she’s done, he could ruin her. Or could he be the one man to ultimately save her?

James McGowan is a legend. The renowned tattoo artist has a face to die for, a body to kill for, and a way with ink that’s unmatched.

He’s back in his hometown for the first time in years, finally ready to open Exile Ink, the tattoo studio of his dreams. When he sees a friend with a new piece—a watercolor tattoo done with such skill even he’s impressed—James has to meet the artist.

Cam Ellison hasn’t had an easy life. Orphaned just after her eighteenth birthday, she’s done everything she can to keep her and her little sister going. Even if it means working under a tyrannical boss who doesn’t appreciate her tattooing style. After all, a paycheck is a paycheck.

When James sets up an appointment as “Jay,” Cam has no idea she’s about to meet a man whose tattooing she’s admired for years. She never imagined he’d want a tattoo designed by her, or that when they’re face to face, sparks don’t just fly, they sizzle. After a steamy session in one of the private tattoo rooms, it’s impossible to deny the pull between them.

James is a man who knows what he wants, and he’s all in, but Cam’s got a lot to lose.

Is she willing to risk everything—her heart and her career—on the man behind the ink?

These were free on Amazon!

Jonathan Drazen is a known womanizer and a gorgeous piece of
man I’m not letting into my heart. Ever.

Yeah, he’s rich, beautiful, charming as hell, and he has a wit as sharp as a double-edged razor… but he’s made it perfectly clear that this is a short-term fuck. Three nights, tops, then we part like sexually satisfied grown-ups.

I believe him when he says he can’t love me. I’m not trying to fall in love, either.

I’ve been dying to read this series, so when I saw the entire exclusive boxed set was only 99 cents, I bought it immediately!

When you can’t trust yourself, how can you ask anyone else to?

It’s been months since Aden Colt left the Army, and still the memories haunt him. When he moved into a boat off the California coast, he thought he’d found the perfect place to escape life.

Then Sawyer shows up, and turns his simple life upside down.

Beautiful and sophisticated, she seems out of place in this laidback beach town. Something is pushing her to experience everything she can—including Aden. But as much as he wants her, starting a relationship with Sawyer puts them both at risk.

For Aden, the past doesn’t stay there; it shows up unexpectedly, uncontrollably, and doesn’t care whose life it wrecks. 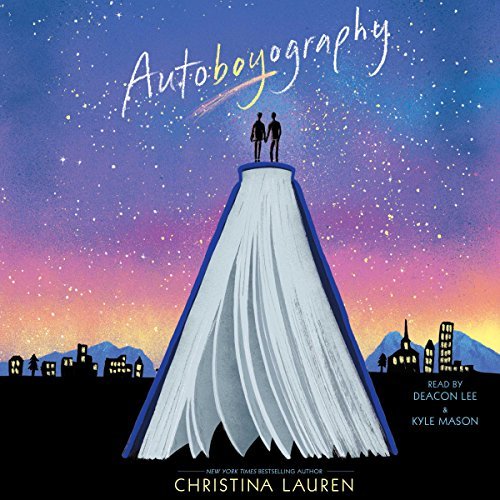 Three years ago, Tanner Scott’s family relocated from California to Utah, a move that nudged the bisexual teen temporarily back into the closet. Now, with one semester of high school to go, and no obstacles between him and out-of-state college freedom, Tanner plans to coast through his remaining classes and clear out of Utah.

But when his best friend Autumn dares him to take Provo High’s prestigious Seminar—where honor roll students diligently toil to draft a book in a semester—Tanner can’t resist going against his better judgment and having a go, if only to prove to Autumn how silly the whole thing is. Writing a book in four months sounds simple. Four months is an eternity.

It turns out, Tanner is only partly right: four months is a long time. After all, it takes only one second for him to notice Sebastian Brother, the Mormon prodigy who sold his own Seminar novel the year before and who now mentors the class. And it takes less than a month for Tanner to fall completely in love with him.

Sydney is living in an idyllic bubble—she’s a dedicated student with a steady job on the side. She lives with her best friend, has a great boyfriend, and the music coming from the balcony opposite hers is fast becoming the soundtrack to her life. But when Sydney finds out her boyfriend is cheating on her, the bubble bursts. The mysterious and attractive man behind the music, Ridge, gives Sydney hope that she can move on and they begin to write songs together. But moving on is harder than she expects, Sydney can only hope….

Colleen Hoover draws you in to this passionate tale of music, love and betrayal…

Once and For All by Sarah Dessen

Louna, daughter of famed wedding planner Natalie Barrett, has seen every sort of wedding: on the beach, at historic mansions, in fancy hotels and clubs. Perhaps that’s why she’s cynical about happily-ever-after endings, especially since her own first love ended tragically. When Louna meets charming, happy-go-lucky serial dater Ambrose, she holds him at arm’s length. But Ambrose isn’t about to be discouraged, now that he’s met the one girl he really wants.

Sarah Dessen’s many, many fans will adore her latest, a richly satisfying, enormously entertaining story that has everything—humor, romance, and an ending both happy and imperfect, just like life itself.

My mom gave me Maybe Someday and Birthday Girl. The first one I only had on audio and the second I only had on eBook format. Of course, I rejoiced when she gave me her copies so that I could display them in my library! My sister had an extra copy of once and for all, so I’ve added it to my TBR!

What books have you purchased this month?