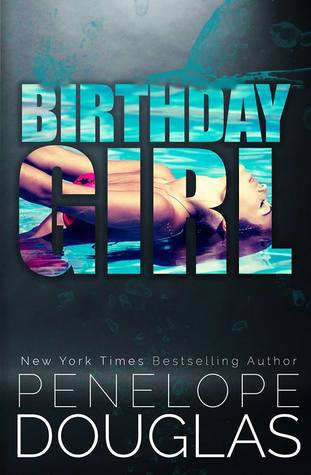 I am living proof that book reviews have a huge impact on purchases.

This was the second book in a month that I’ve purchased based on reviews… and neither of the book reviews that inspired me to purchase the book were rave reviews.

Normally, a premise like this does not appeal to me in the slightest.

It actually kind of skeeves me out a little bit to think about a girl falling for her boyfriend’s father, because even though he isn’t old (39), the fact that he has a 19-year-old son typically would make me see him as much older than that.

However, this book has proven me wrong.

The chemistry between Jordan and Pike was instantaneous.

I really enjoyed being inside both of their heads, equally. Unlike some books that change POVs, I wasn’t eagerly waiting to hear from either one. I was perfectly content to switch back and forth.

I kept waiting to be weirded out by this book, but though Pike wasn’t immature at all and though Jordan wasn’t overly mature — they both acted their age — it never felt wrong. It never felt anything but so, so right.

The butterflies this book gave me were off-the-charts! It was almost unbearable sometimes, but it is what makes books great to me.

It absolutely slays me that this book is not on audio? Right now I have it in eBook and a hard copy, but I’m dying for the audio so that I can do a reread!

Already there, my friend!

Aside from having an amazing name, I absolutely love Pike. I loved his personality, I loved his flaws, and I really loved how he loved Jordan.

13 thoughts on “Birthday Girl by Penelope Douglas *My First Read from This Author!*”