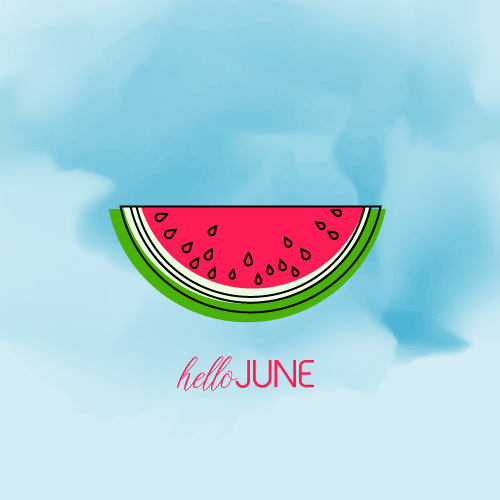 The official first day of summer isn’t until later in the month, but it sure feels like summer around here. After almost three weeks of rain every single day, the sun has finally broken through and I couldn’t be happier.

Typically, when it starts getting this hot around here, I start complaining about how suffocating it is, but after dealing with the extremely unusual wet weather for so long, I’m so grateful for the sun. Even if it melts me as soon as I walk outside.

It’s kind of like when you take for granted how amazing it is to be healthy until you get sick.

Anyway, it’s the beginning of June and that means it’s time for a new reading list…

These are all books that I own and want to read this month! Covers link to Goodreads.

Love Hacked: A Reluctant Romance: Knitting in the City, Book 3 by Penny Reid

There are three things you need to know about Sandra Fielding: 1) She makes all her first dates cry, 2) She hasn’t been kissed in over two years, and 3) She knows how to knit.

Sandra has difficulty removing her psychotherapist hat. Of her last 30 dates, 29 have ended the same way: the man sobbing uncontrollably. After one such disaster, Sandra–near desperation and maybe a little tipsy–gives in to a seemingly harmless encounter with her hot waiter, Alex. Argumentative, secretive, and hostile Alex may be the opposite of everything Sandra knows is right for her. But now, the girl who has spent all her life helping others change for the better, must find a way to cope with falling for someone who refuses to change at all.

Easy (Contours of the Heart, #1) by Tammara Webber

All Lined Up (Rusk University #1 by Cora Carmack 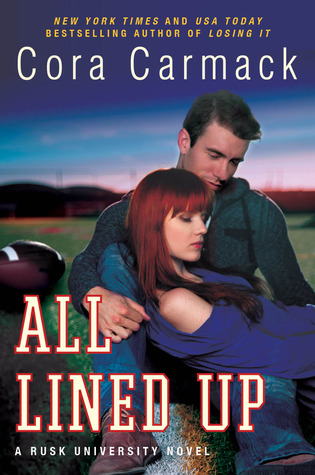 In Texas, two things are cherished above all else—football and gossip. My life has always been ruled by both.

Dallas Cole loathes football. That’s what happens when you spend your whole childhood coming in second to a sport. College is her time to step out of the bleachers, and put the playing field (and the players) in her past.

But life doesn’t always go as planned. As if going to the same college as her football star ex wasn’t bad enough, her father, a Texas high school coaching phenom, has decided to make the jump to college ball… as the new head coach at Rusk University. Dallas finds herself in the shadows of her father and football all over again.

Carson McClain is determined to go from second-string quarterback to the starting line-up. He needs the scholarship and the future that football provides. But when a beautiful redhead literally falls into his life, his focus is more than tested. It’s obliterated.

And neither of them know how to walk away from the attraction they feel. 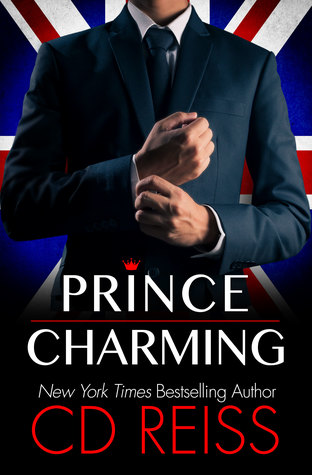 Keaton Bridge is exactly the kind of guy a straight-arrow like Cassie doesn’t need.

For one thing, he’s a criminal—and she fights crime for a living. And being criminally handsome isn’t helping her say no, either. Everything about him screams trouble, from his British accent to his mysterious past.

And Cassie doesn’t do trouble.

Keaton’s got his own trouble. He’s trying to go legit, and an FBI agent hanging around is the last thing that will help his credibility. All it took was one night of passion to sear her into his skin. Now he can’t imagine living happily ever after without her.

All they have to do is walk away.

But neither of them ever walks away from danger.

The Edge of Never by J.A Redmerski

Twenty-year-old Camryn Bennett had always been one to think out-of-the-box, who knew she wanted something more in life than following the same repetitive patterns and growing old with the same repetitive life story. And she thought that her life was going in the right direction until everything fell apart.

A heart to protect. A debt to repay. A game to win.

After being swept up in the magical world of Caraval, Donatella Dragna has finally escaped her father and saved her sister Scarlett from a disastrous arranged marriage. The girls should be celebrating, but Tella isn’t yet free. She made a desperate bargain with a mysterious criminal, and what Tella owes him no one has ever been able to deliver: Caraval Master Legend’s true name.

The only chance of uncovering Legend’s identity is to win Caraval, so Tella throws herself into the legendary competition once more—and into the path of the murderous heir to the throne, a doomed love story, and a web of secrets…including her sister’s. Caraval has always demanded bravery, cunning, and sacrifice. But now the game is asking for more. If Tella can’t fulfill her bargain and deliver Legend’s name, she’ll lose everything she cares about—maybe even her life. But if she wins, Legend and Caraval will be destroyed forever.

Welcome, welcome to Caraval…the games have only just begun.