Pucked Over (Pucked #3) by Helena Hunting 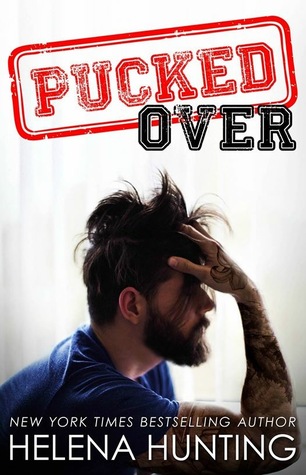 Lily LeBlanc isn’t versed in the art of casual sex, but after seven years in an on-again, off-again relationship, she’s definitely willing to give it a shot. And who better to try it with than her best friend’s boyfriend’s best friend? What could possibly go wrong? Nothing at all.

NHL player, Randy Ballistic, lives up to his last name on the ice and in the bedroom. His best friend and teammate has recently given up the puck bunnies and traded them in for a real girlfriend. And she just happens to have a seriously feisty, extra-hot best friend on the rebound. Randy’s more than happy to be Lily’s spring board back into the dating scene.

Casual sex is only casual until those pesky things called emotions get involved. Once that happens, someone’s bound to gets pucked over.

I knew I was going to love Lily and Randy’s story ever since their hilarious meetcute in the previous book.

I’m going to be honest. I didn’t like Lily in the previous book, but getting to know her in Pucked Over completely changed my mind. I had a lot more respect for her in this book.

And then there was Randy… Once again Helena Hunting built a character that could easily come off as shallow, but gave him depth with his insecurity about his scarring. One of my favorite parts in the book was when he is confronted with those insecurities. It was one of the sweetest scenes in the entire book.

This whole series has done such a great job mixing in funny and sweet moments all together. I loved getting glimpses of Violet’s ridiculousness, and more importantly, getting sneak peeks at Lance!

Rose Dioro is one of my new favorite audiobook readers and paired up with Jacob Morgan, I can’t even handle it. I just love both of their voices and performances!

Like I mentioned above, my favorite most butterfly-inducing part of the book was when Randy is faced with his insecurities. ❤

I think I’ve said this on reviews for the rest of this series, but I’ll definitely be doing an entire series re-read soon!

I NEED THEM ALL

I freaking love Randy. Little did I know that when Butch off-handedly mentioned Randy’s name to Violet in the first book that a few books later I’d fall in love with that character!

3 thoughts on “Pucked Over (Pucked, #3) by Helena Hunting”