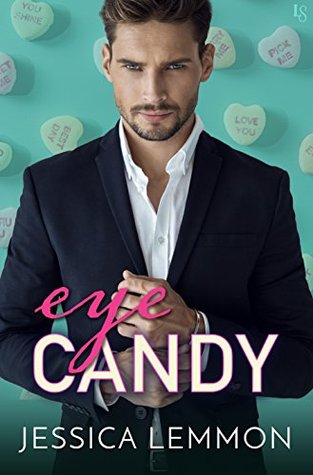 Jacqueline: As an adult woman–and the vice president of a marketing firm–I shouldn’t be waiting by my office window to ogle the mystery man who jogs by every morning at 11:45. Sure, he’s a gorgeous, perfect specimen of the human race, but I can’t bring myself to hit on a total stranger. However, my best friend-slash-colleague Vince Carson thinks I should do more than talk to the guy. In fact, he’s borderline obsessive about “getting me laid.” (His words.) But the more time we spend together, the more it’s clear: The one I’m falling for is Vince.

Vince: Jackie Butler’s got it bad for some pompous, over-pumped A-hole who struts his stuff past her window. That doesn’t bother me. I know she deserves nice things. What does bother me is that she friend-zoned me big-time last year, so I can’t ask her out myself. But what if I set her up with Mr. Steroids? Then, when he breaks her heart, I can swoop in and save her like the nice guy I am. Everything’s going according to plan . . . until we share a ridiculously epic kiss. And suddenly anything is possible.

This was a cute, if predictable/formulaic, friends-to-lovers book that I enjoyed, but didn’t particularly love.

I think, maybe, this storyline would’ve worked if we were actually dealing with teenagers and this was a YA novel, but these were two adults who are (co)vice presidents at a marketing firm. Vince’s “brilliant” plan to win over his friend is to become her “coach” and essentially act like he isn’t falling for her instead of, you know, communicating his feelings.

The characters weren’t very memorable, but the story itself was cute.

I didn’t love the female narrator’s voice. She sounded a lot older than the character she was reading for, but her performance was pretty good. I did like (not love) the male narrator, though, and his voice did fit his character pretty well.

This book is part of the Audible Romance Package.

No real butterflies in this one for me.

Like I said, Vince was a little too immature for his age.