[Audiobook Given in Exchange for Honest Review] 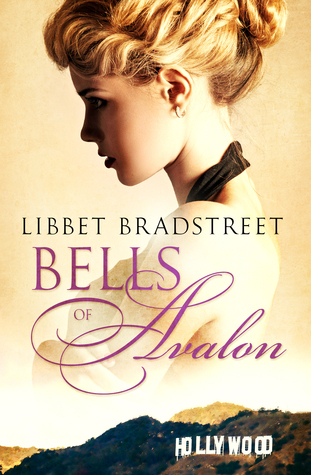 Thrust into a limelight she never chose, Katie’s been paired with Danny for as long as she can remember. Films, roadshow tours, and drugstore appearances…post-war Hollywood can’t seem to get enough of the sweetheart team. They’ll even fall in love one day. But young love seldom survives the fog wake of Los Angeles–a place of dreams and nightmares.

Bells of Avalon was gorgeous and tragic with just a tiny glimmer of hope. This story has that softened, almost blurry feel of closeups in those movies from the 1950s and 60s, where everything is all gentle hues and violins. There is always that touch of sorrow in the romance… and that’s how this book felt to me.

The writing was lyrical and stunning. I was easily swept away with the words and it makes me want to read more books by the author. It doesn’t even matter what she writes about, I just want to see how she writes it.

And to be honest, these four stars aren’t necessarily for the story itself, it is for how the story was told. If you love the glamour and mystery of old Hollywood, you will love the story.

Though it is told across many years, it doesn’t feel choppy. It runs the course of those years smoothly and elegantly.

The characters are wonderful and troubled and perfectly flawed, but mostly, what made the characters so great, was the fact that they are believable despite their circumstance. And though I couldn’t relate at all to them, I still believed them, which is just as good as (if not better than) relating to them.

I took away one star partly because I got confused several times about what was happening since the perspectives change quite a bit. It could be because I was listening on audio and this book may be better suited for actual reading, though. I usually don’t have any trouble with audiobooks, but this book, though beautifully written, wasn’t necessarily clearly written. That’s not a bad thing, it just doesn’t lend itself to audio very well.

Another reason why this did not receive the full 5 stars for me was the lack of a true happily ever after (HEA). This was an “almost, but never” situation and since this is categorized as a historical romance, I think some may question whether it truly is a romance. I know there is a lot of debate about whether a book can qualify as a romance without an HEA or happily for now (HFN). I’m not sure where I stand on this, but I will say that I much prefer an HEA or HFN.

That being said I wouldn’t change the ending even if I had any say in the matter, because the undertone of this story was melancholy throughout, it just made sense that it ended the way it did.

Overall, I think historical romance lovers and lovers of old hollywood will really enjoy this story!

The reader wasn’t my favorite, but I will say that her accent and different voices were pretty good. I think the narration (when she wasn’t reading speaking parts) was a little monotonous and overly breathy, but it didn’t drive me crazy.

I likely won’t reread this one, but I will suggest it to my sister! It sounds right up her alley.

As much as I think this is probably one of the rare books whose cover matches what is inside the novel perfectly, I probably won’t display this on my shelf.

Danny is definitely not my type at all, however I will say that I really liked Max!

4 thoughts on “Bells of Avalon by Libbet Bradstreet”